I’m over here falling for autumn. Bring on the pumpkins and crunchy leaves! # 91: Lil Pumpkin Bundts 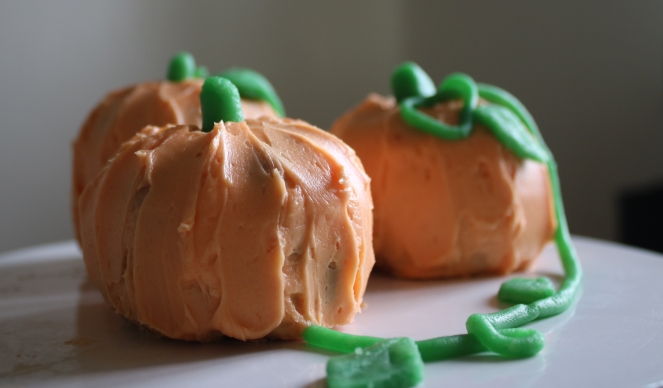 It’s pumpkin season! I had a day or two to mourn the passing of summer, humming “Taps” while I put away my porch hammock. But now it’s fall and I couldn’t be happier! Crisp weather, hot apple cider, adorable gourds in every nook and cranny . . . bring ’em on. 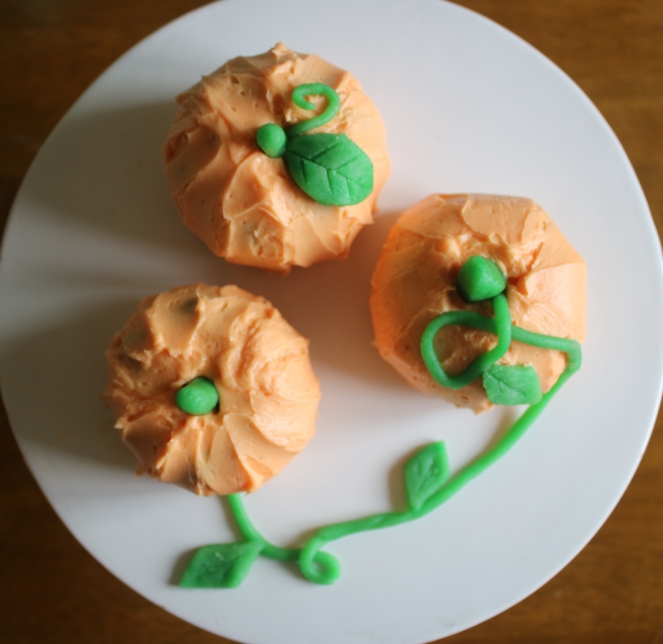 Once upon a time, I made an ENORMOUS double-bundt pumpkin cake. It was glorious, but way too big to deal with. (Think 10 lbs of cake, coated in a lovely layer of buttercream.) So I decided to scale it down a bit this year, starting off with a mini bundt pan instead of two 10-cup ones. 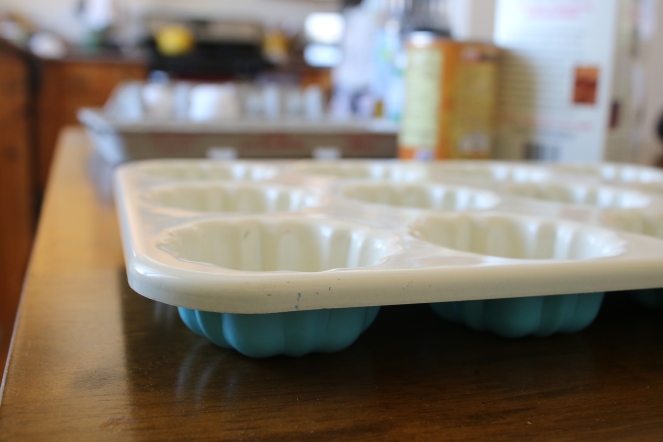 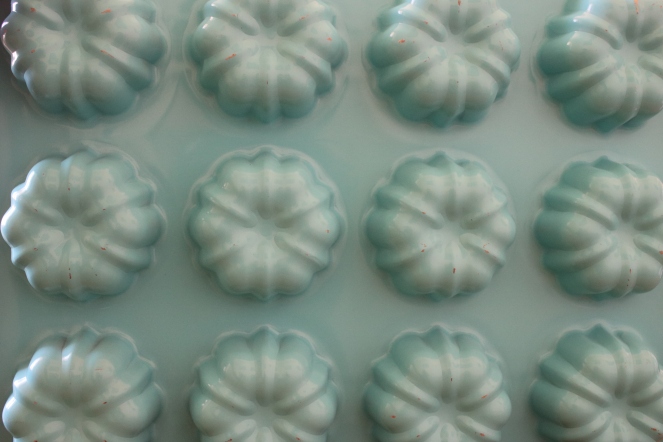 I naively though I’d be able to see the little ridges even after frosting them. Fun facts: it’s all about the frosting to get that pumpkin look. 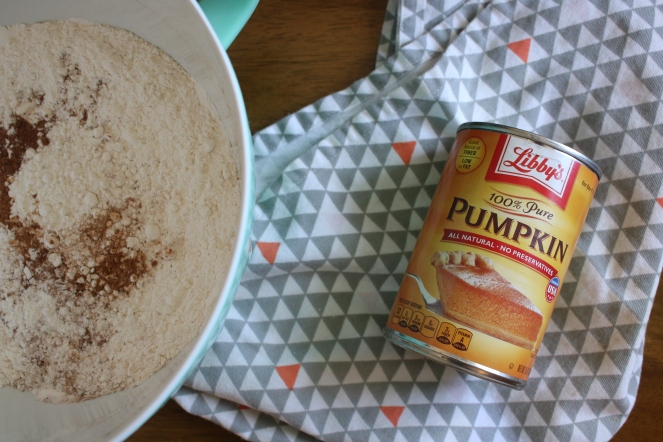 All about that canned pumpkin. I applaud anyone who cooks down their own pumpkin but why go to all that effort when you can go buy a lovely can instead? 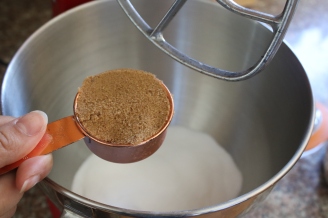 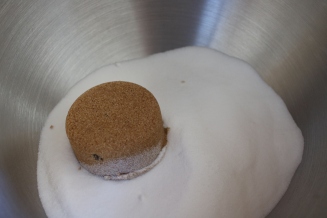 It’s like making a sandcastle at the beach! In my case a simple, one-story sandcastle on a snowy beach. Anyway – I reduced the white sugar by about 1/8 – 1/4 of a cup. I’m sure it didn’t have an actual impact, but it made me feel better! Pumpkin breads have the freedom to be closer to the savory end of the spectrum so I don’t like to drown them in sugar. 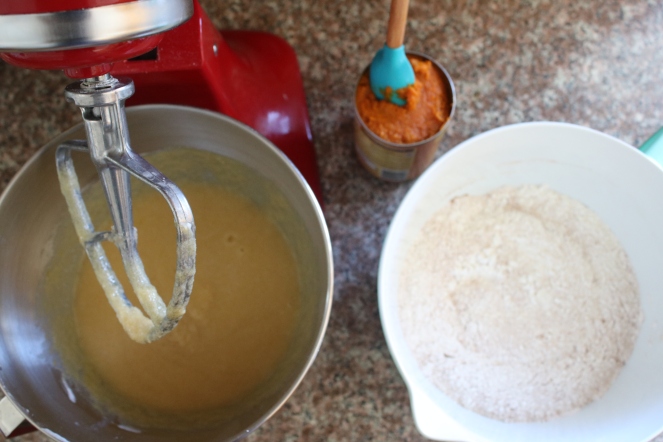 The calm before the storm. (Or in this case, just calm all around since I alternated the additions of pumping and spiced flour. No huge cloud of flour!) 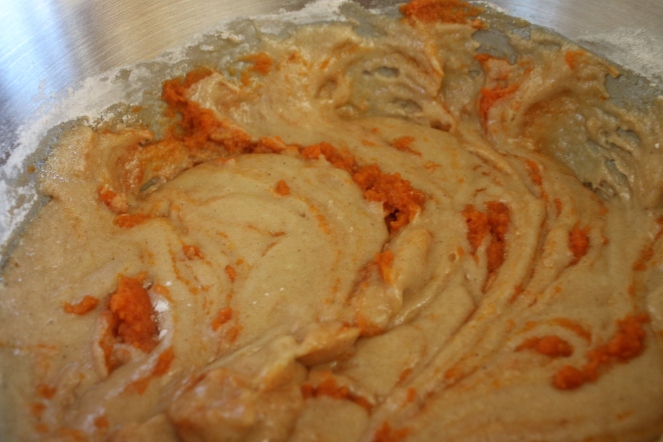 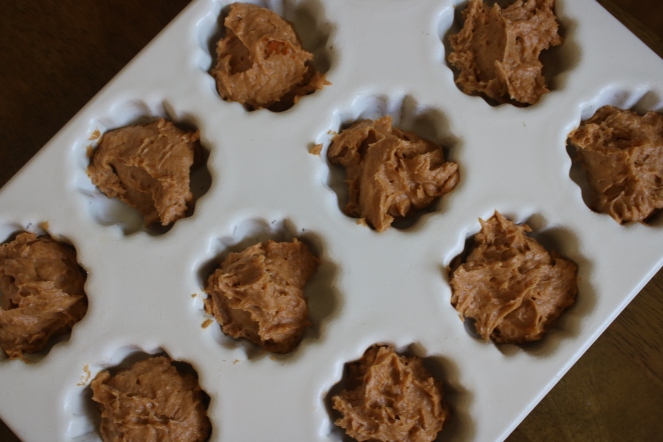 This is the batch I made before I came to my senses and added mini chocolate chips. Silly me. 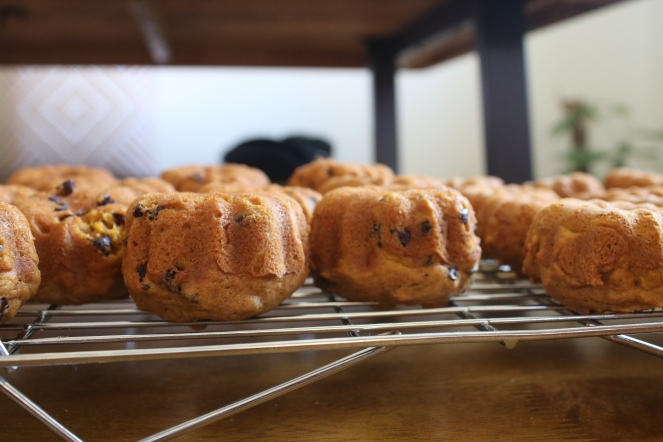 I trimmed off the bottoms to give them a flatter shape when stacked together. 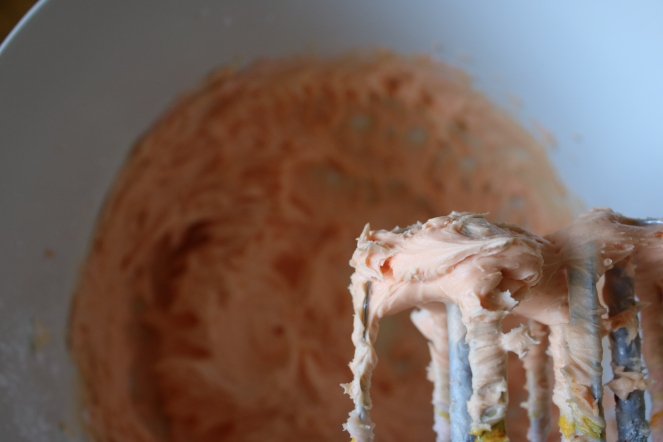 While the lil punkins cooled, I whipped up some orange buttercream. So delightfully pastel. 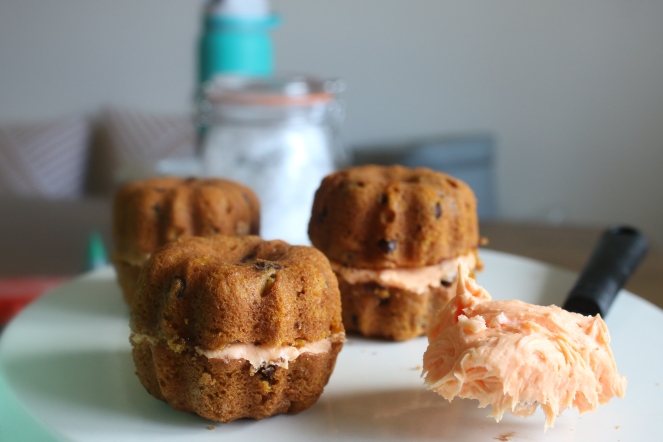 They were slippery little guys and I had to use a skewer to hold them still while smoothing the frosting out evenly. 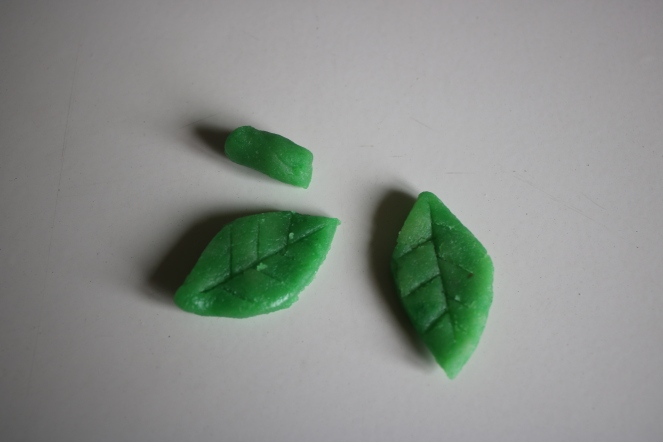 A few drops of green food dye, a small hunk of marzipan and voila! Foliage.

I know it’s not scientifically accurate to how a pumpkin’s leaves would look but no one has to know that. Shhh. 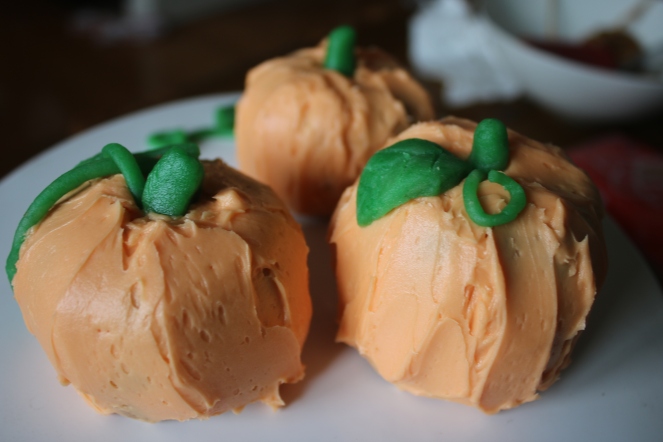 I kept em classic – no jack-o-lantern faces this time. It’s too early in the month to be scary! 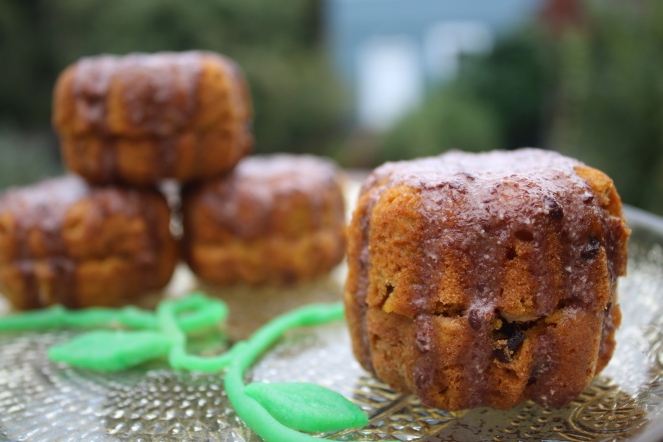 I also covered a few with a chocolate glaze and they turned out looking a little spooky. Happy munching!