What you would get if a tiramisu got dressed up to go the opera. We fancy over here. Week 38: Opera Cake

I’m guessing that if Mary Berry was judging this cake, she would comment on the nice distinct layers but say it is a shame they are so uneven. Hopefully she would also say that it’s scrummy! Scrumptious and yummy, for those of you who don’t watch the Great British Bake Off.

Opera cake is one of those cakes that I’ve eaten but never made due to the amount of time involved in making it. It is mostly a matter of chilling it between multiple steps and then letting it rest at room temperature for hours before serving to make the buttercream that melt-in-your-mouth consistency. So it’s either great for multitaskers who can pick up another project while the cake is hiding in the fridge, or for very patient people.

It is layers of joconde sponge (brushed with coffee syrup), coffee buttercream, and chocolate ganache. The top can be decorated, or left to shine as a simple, elegant finish. Fun fact: joconde is the French name for the Mona Lisa! Now go share that fact with someone while munching on a slice of opera cake, and feel very sophisticated. You’ve earned it.

The history of the Opera cake is hotly debated in the pastry world. The argument is mainly between a possible invention in 1955 by a patisserie called Dalloyau and an earlier creation by a pastry chef named Clichy, who supposedly debuted it at the Paris Exposition Culinaire in 1903. I’ll let them argue on, because I like the idea that this coffee-soaked cake originated at the Paris Opera House (Opera Bastille) in the late 19th century to keep people awake after intermission. 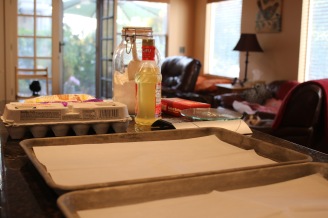 See if you can find the princess cat in the background of the first picture! She supervised the prep for my cake with classic judgemental cat stares.

Whew this recipe called for a lot of eggs. Both whole and separated. I typically separate eggs using my hands, but using the shells works just as well! Depends how okay you are with slimy textures.

Action shot. Whipping up a meringue to lighten the sponge batter! 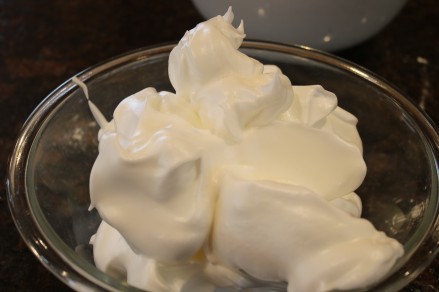 Snow drifts of egg whites! Gently folded into the rest of the batter and smoothed out into a 13″ x 18″ lipped pan. 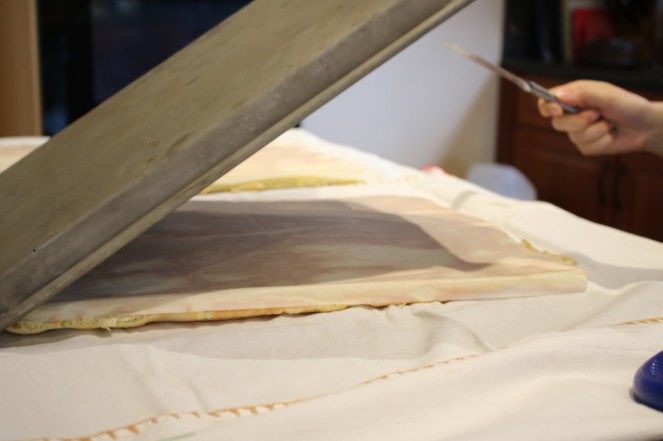 Post-sauna, turned out to cool.

Mmm. It’s a pudding consistency when you first mix it and then once it sets, it reaches the thickness of buttercream. Perfect for spreading on a cake!

Guys. This is what a pound and a half of butter looks like. Yikes! It was a Swiss buttercream, so it essentially was a shiny meringue with tons of butter mixed in. Then espresso whipped in for flavor! 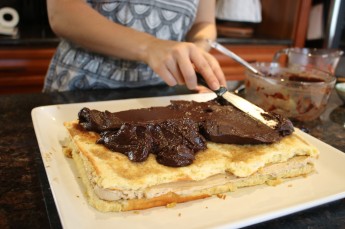 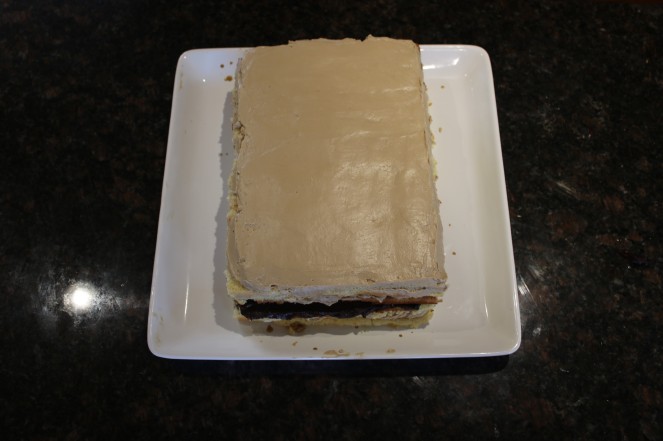 I made sure the top was as smooth as possible – the chocolate icing that tops the cake is unforgiving and shows off every imperfection. Then I banished it to the fridge for 2-4 hours. 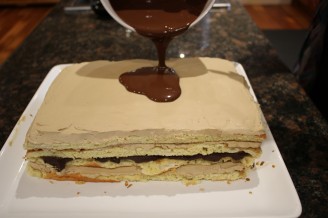 All trimmed and ready to be eaten! Go turn on the Puccini and dig in. 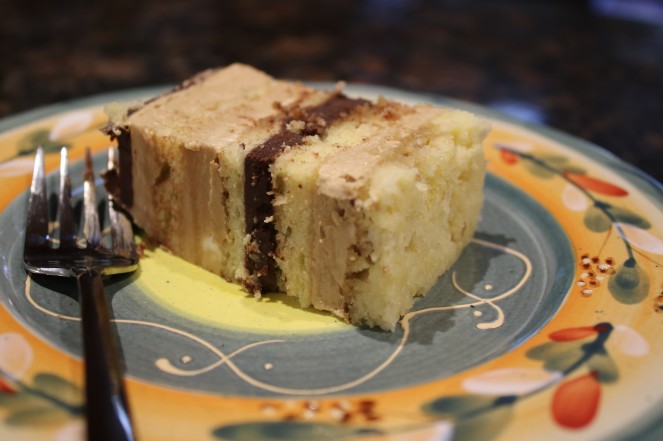