Improving on past bakes (lookin’ at you, Week 47) with these twisty, fluffy buns. # 136: Cocoa Almond Brioche Knots

While it’s the second time I’ve made a twisted brioche bun, this is my first attempt at making Thida Bevington’s version! I don’t follow many people on Instagram that I don’t directly know, but Thida and her lovely bakes have made the cut. She includes all her recipes on her stories/archives and they’re never overly complicated. (Go follow her, you’ll love it!) 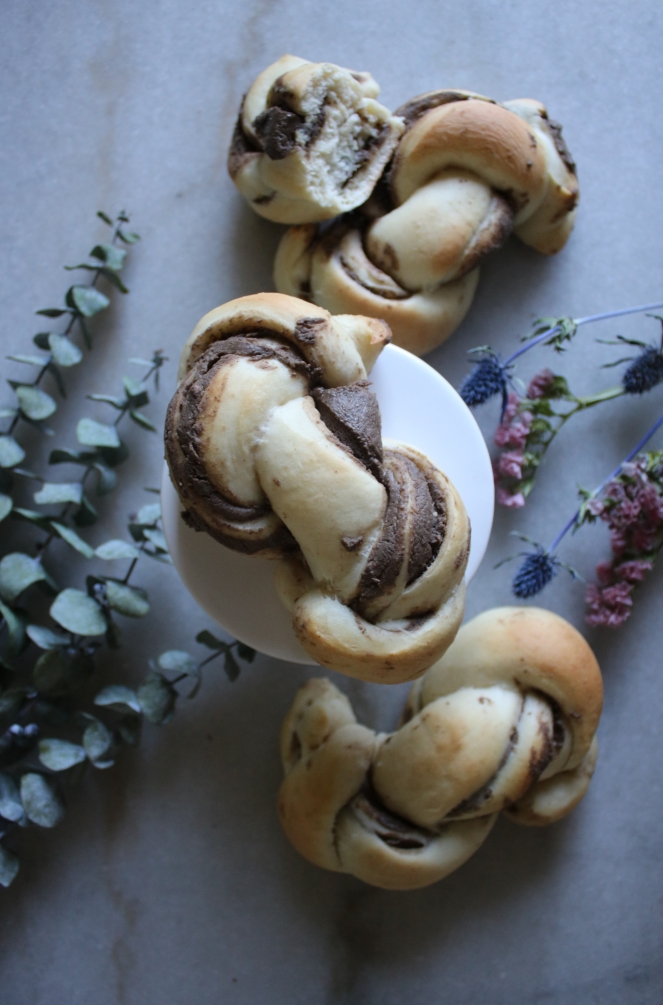 While mine don’t look as lovely and symmetrical as hers always do, they had a great texture. The dough was incredibly soft – so much so that I was worried it wasn’t fully baked until I cut into them. Spoiler: it was! The telltale signs were there – a golden base and a crumb that springs back when you press on it.

Side note: I’m forever an impatient baker, so I can never wait for my bakes to fully cool before cutting into them. As a result, the warm crumb compresses more than usual and makes it appear slight underbaked. But look at that melty filling! Worth it.

When I first made brioche in 2017, I researched the science behind the dough and I read somewhere that typically it has 20+% of butter to the rest of the ingredients. I must have misread the article, because I tried calculating the butter-to-other-ingredients ratio in this recipe and came up with 6%. So who knows! Numbers aside, it’s an enriched yeast dough with egg, milk and butter.

I was the tiniest bit worried that the dough seemed to be fraying instead of getting smoother the longer the dough hook worked. If yours does the same, have no fear! It’ll smooth out when you turn the dough out to shape it. 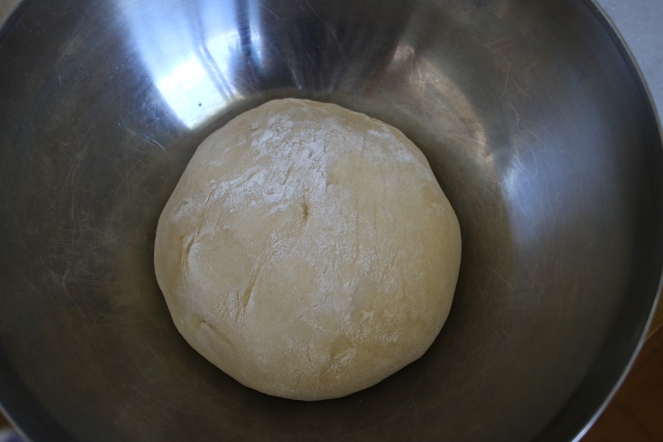 See? Told ya. The little bit of flour that it picks up from the pastry board helped make it smooth. Voila!

I’m still not amazing at shaping dough – they never want to stay in their tidy rounds. I tuck the corners into the middle and place them seam-side down to help convince them to stay in a ball. Followed by a stern look, a la Professor McGonagall. 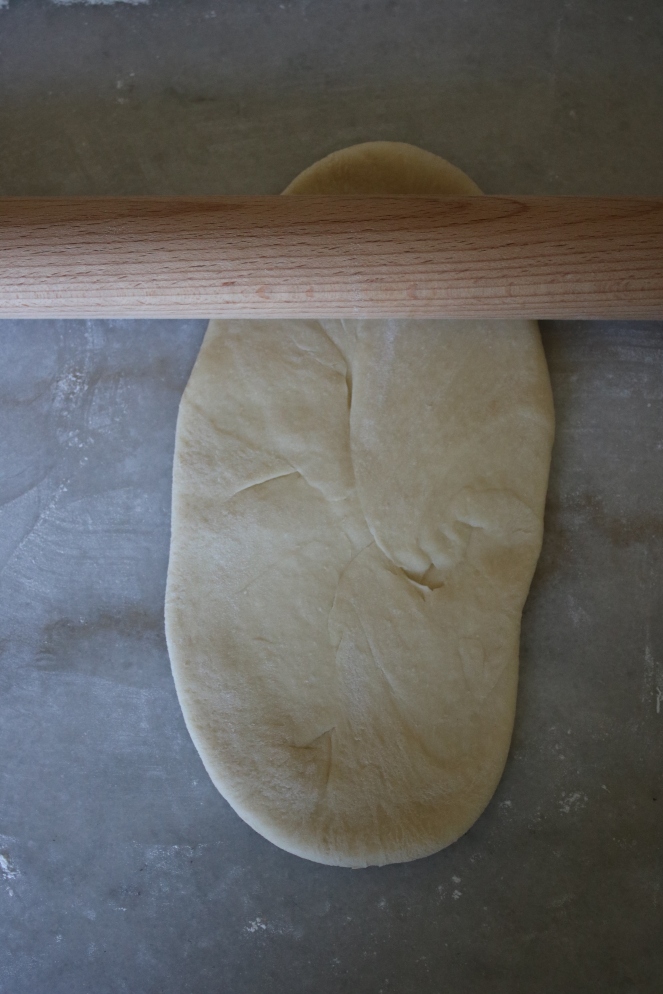 I ran out of Nutella so I mixed cocoa and powdered sugar into almond butter to make a delish spread.

And dooo the twist!

All tucked in and ready for the sauna. Sweet dreams, little knots.

I will be saving this sweet dough recipe forevermore. Happy munching!