No matter how you pronounce it, it’s delicious. Slightly salty and light as a feather. Week 23: Ciabatta

This is the second time I’ve attempted to make bread for this blog project, and I think this recipe takes the cake! While the ciabatta has the same basic ingredients that the chocolate chip baguettes did, the way they are combined differed. The fact that you can make so many amazingly different things from the same ingredients is why I love baking so much. Something as simple as the way the ingredients are mixed can result in a dramatic change in texture. Ciabatta is light and airy, with a just-barely-crisp crust. The baguettes were dense and chewy. While both are delightful, the ciabatta lends itself to more diverse food partners. I had some for dinner with fresh mozzarella and cherry tomatoes, mmm. 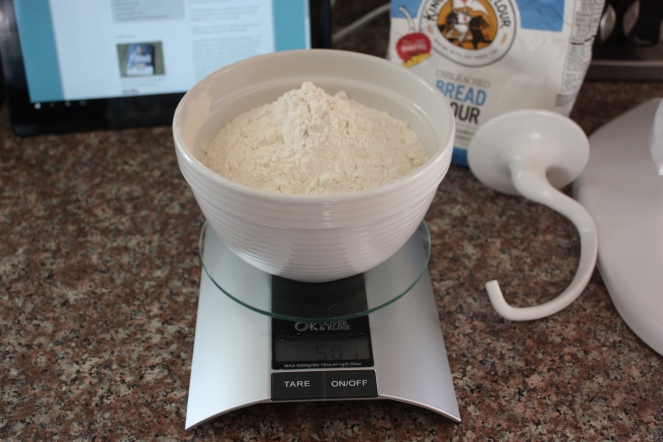 Got to use the magical kitchen scale again! Not that you have much of a choice when you’re using British recipes. Right after this picture, I transferred the flour to the mixer bowl and just added the ingredients to it on the scale. Took a little math, but it was so much easier/got less bowls dirty. Always a fan of efficiency in the kitchen! This was the first recipe where I didn’t get flour on every surface in the apartment – huzzah. 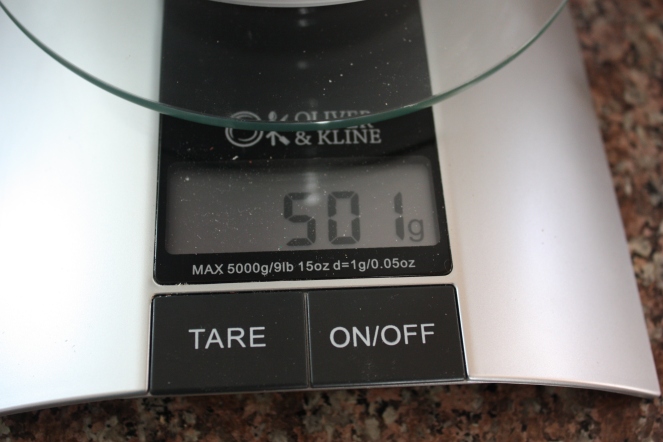 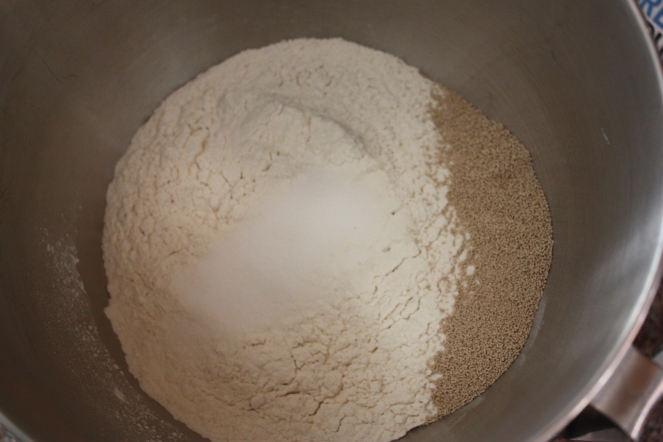 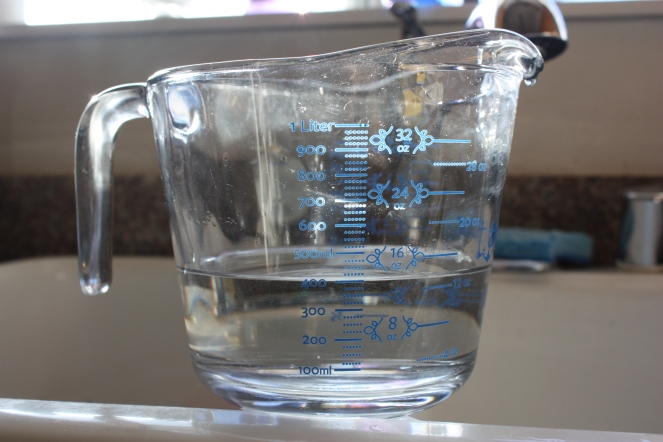 Look at the happy dough! So happy on it’s hook. For the last 5 or 6 minutes of the 8 minutes the dough hook was going, it looked ready to go. Patience is hard, guys. But it was worth it! The dough was insanely elastic when I went to plop it on the cutting board. 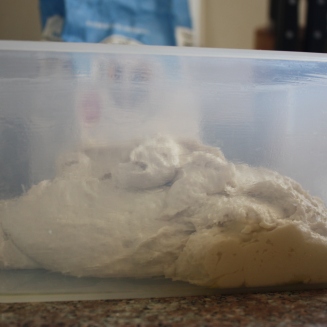 It’s aliiiiive! Look how tall it got! I’m amazed. Mostly because yeast is not normally my friend. 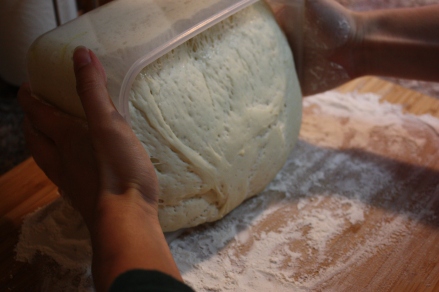 The Blob. The recipe suggested tipping it out gently and not from great heights – don’t want to crush the bubbles! 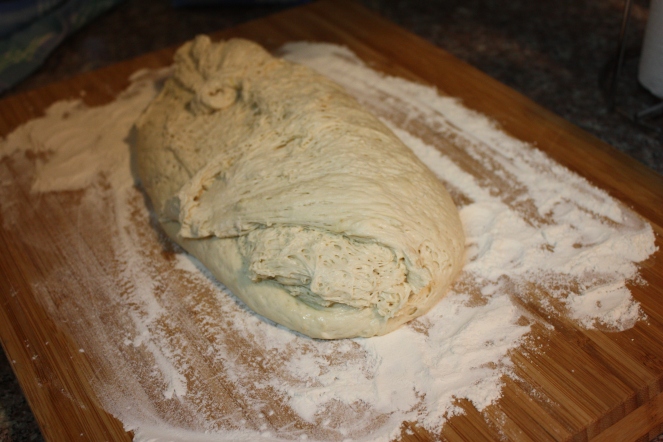 Pre-chopping. The dough scraper was the perfect tool to slice the Blob up into four loaves. Again, being super careful not to flatten the bubbles.

One thing I always wondered was why ciabatta is coated in flour. Now I know! It’s such a sticky dough that it’s impossible to handle without a solid coat of flour. Paul’s suggestion in the recipe is to also use semolina, since the grains are taller and will keep the dough from sticking to the work surface. 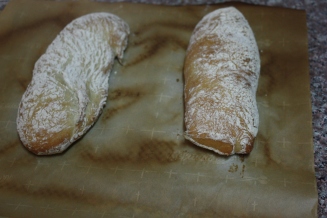 Before sauna and after sauna. Getting their summer tan on. 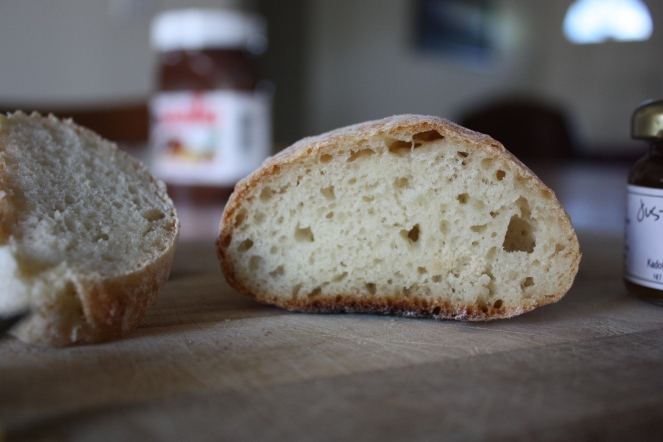 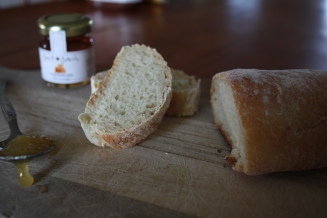 Goes perfectly with honey and Just Jan’s jam, or some pesto and salami, whatever you please. It is the perfect canvas for sweet or savory toppings. Happy munching!