It all started because I had too many egg whites. Isn’t that how all the best stories start? I made the Crack Pie boxed mix from Milk Bar this weekend (thanks Kelly for the mix!) Since it’s a custard base, I had 4 extra egg whites on my hands. I could never throw them away – no food waste! – but I hate egg white omelets so I started going through my inventory of egg-white based desserts. Meringues were my first thought, but I also had extra whipping cream so I skipped right along to pavlova. I was almost decided when I watched the patisserie episode of Great British Baking Show and got inspired.

Did you follow all that? If not, no worries – the outcome is still crispy, gooey French cookies. I also realized that this is the first official “re-do” bake that I’ve done on this blog! I did French macarons in January 2017 and they turned out alright. They didn’t have the crinkly feet like they should have, and some of them were underbaked and so left their insides on the pan when I tried to pry them off. And I remember them being quite the process to make . . .

If anything can make you proud, it’s realizing that you find a recipe easy that used to be daunting. Practice really does make better! (As well as learning to recognize a good recipe when you see it – the recipe I used in 2017 had a few extra steps that are unnecessary as it turns out.)

Isn’t this towel so cute? I haven’t made the cocktail yet but it would pair perfectly with one of these macarons. Weezie (neighbor and cooking teacher extraodinaire) gave me some Dean & Deluca lavendar from New York so I wanted to showcase it in a delicate recipe. If anyone else has ideas for ways to incorporate lavender into bakes, let me know! So far, I’ve used it as a garnish on a cheesecake and as a flavoring agent in these cookies. 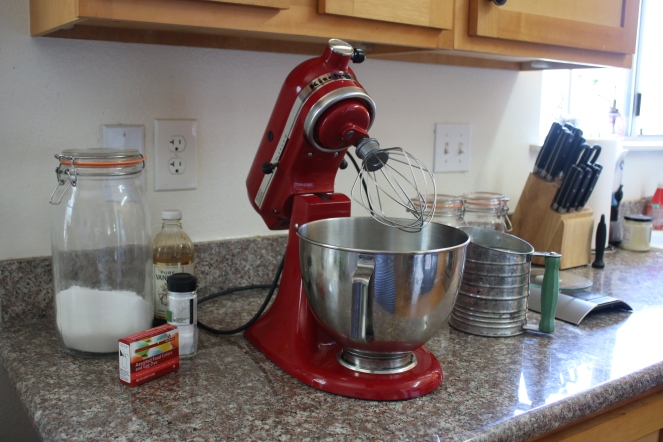 Gasp! A clean counter! Not for long. 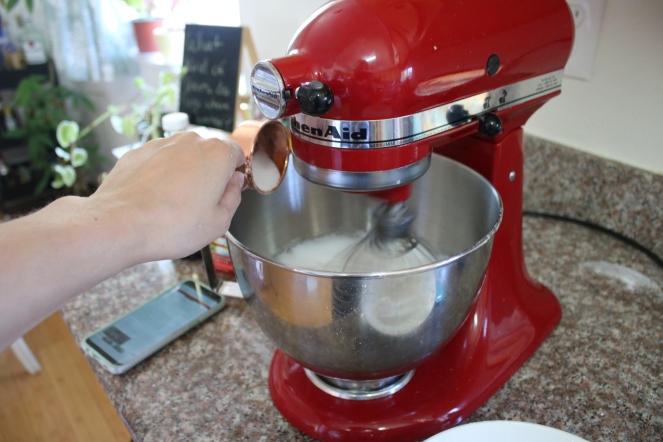 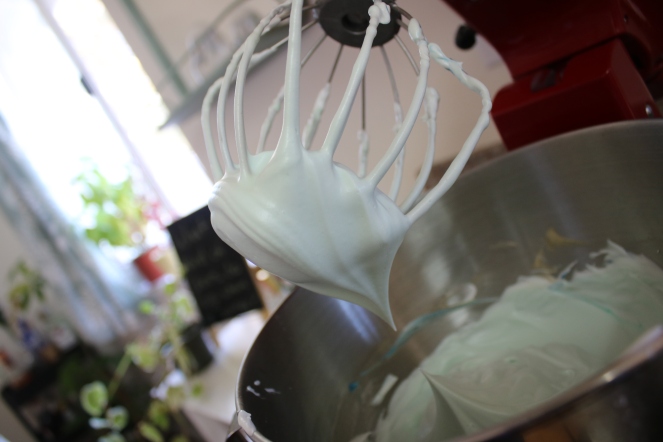 I almost forgot that I was doubling the recipe and had to throw in some extra cream of tartar (whoops.) 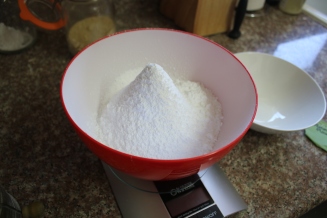 The mighty sifter came out to make sure the almond flour and powdered sugar didn’t clump together and ruin the texture of these cookies. 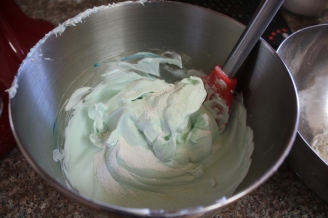 Before folding : after folding. I used a few drops of blue and green food dye to bring it to a pastel green.

Piped and ready to sit for a bit. I haven’t found a way to pipe them without getting the little pointed hats in the middle, so I pat them down with a damp finger (a little water keeps the batter from sticking to your finger!)

I think the best tip I’ve learned is to let them sit for 30 mins to an hour before baking them. It allows the top to harden/dry so that the air has to escape from the bottom of the cookie. That’s what creates the crinkly feet along the edges! The length of time depends on how humid your kitchen is and how wet the batter was to begin with. 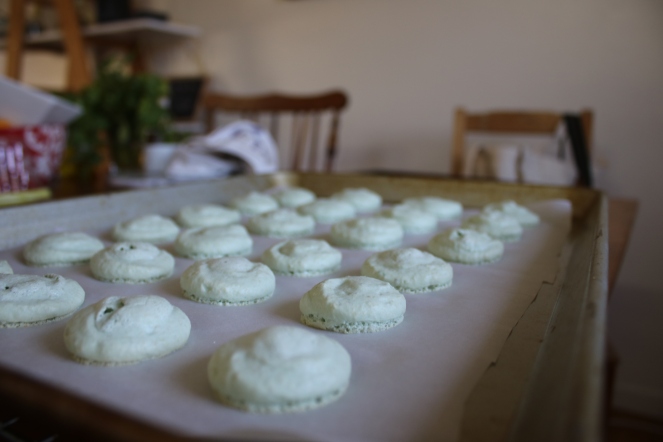 And now to let them cool while I make the buttercream. Enter pistachios.

Cream together powdered sugar and butter, then add flavorings and heavy cream until it’s the consistency and flavor that you want. Voila!

Second piping bag of the day. I put mine in a pint glass while filling it so it doesn’t flop all over the place and waste buttercream.

I like to line my shells up like a little army and pipe them all in a row. Super efficient and kind of adorable at the same time.

Sprinkle on some lavender, but be careful! Too much and they’ll taste like bubble bath. 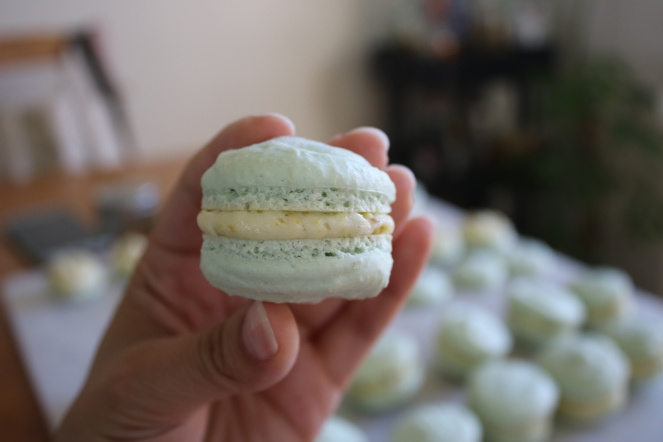 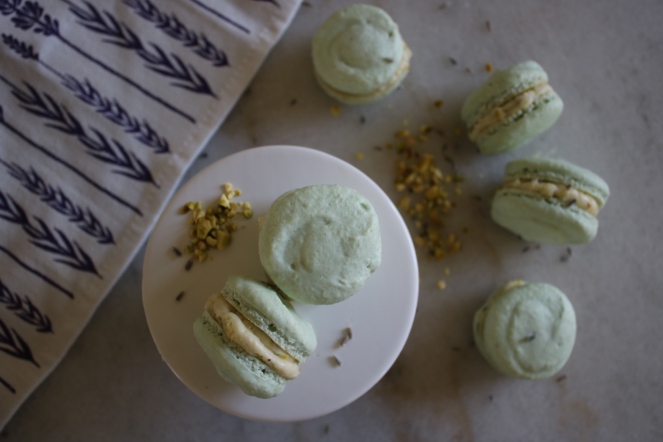 *Side note: the crack pie is just as delicious from the box as it is from Milk Bar itself! It falls into the category of things that were easier to eat when you didn’t know all the stuff that goes into it. It’s basically heavy cream and butter, held together by some sugar, flour and egg  yolks. Oh yeahh.